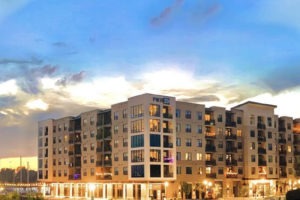 Bonita Latin Fusion & Cocteleria, slated to open in the Pier 33 complex in 2023, will include outdoor seating with waterfront views of the Cape Fear River. (Photo courtesy of Pier 33)

A vibrant Latin fusion eatery and cocktail bar will join the spate of apartment complexes in the newly developed northside of downtown Wilmington’s riverfront.

Bonita Latin Fusion & Cocteleria plans to offer a menu of fusion dishes and cocktails that celebrate the diverse culinary traditions of Latin American countries. Owners Jennifer Rigard and Yesenia Leon both have roots in these traditions: Rigard is from Colombia and Leon is of Mexican descent.

Rigard said they are still perfecting the menu, but highlights include ceviche, tostadas and plantains prepared in ways that incorporate flavors and techniques from Colombia, Peru, Puerto Rico, Dominican Republic and beyond. The food will not be “traditional Mexican food,” she said; for example, they are working on a Latin twist on sushi inspired by dishes like ceviche and aguachile. Aguachilie means “chile water,” and similar to ceviche, it uses an acid like lime juice laced with spicy chiles to cure raw seafood.

Tropical fruits like guava, pineapple and mango will feature prominently in the cocktails.

Rigard said the design of the restaurant will be colorful and lush to mimic the feeling of being on vacation.

Rigard said they want the space to feel feminine and empowering as a women-owned business. A mural will include representation of women across the world, a nod to the cultural melting pot of African, European and Inidgenous influences in Latin America.

“The purpose is to inspire other women by the look of the interior design,” Rigard said.

Rigard and Leon worked with Terry Espy, broker and owner of MoMentum Companies, for more than a year to find the right space for the restaurant before they settled on Pier 33.

The restaurant, which will include outdoor seating next to the pool with waterfront views of the Cape Fear River, is located near the Wilmington Riverwalk, Wilmington Convention Center, Port City Marina and Live Oak Bank Pavilion. It will be one of a handful of dining options currently available in the fast-growing area of downtown Wilmington near Riverfront Park.

The restaurant is slated to open in 2023. It’s the first commercial project for Pier 33, which boasts 22,000 square feet of retail space on the north and sound end of the complex.